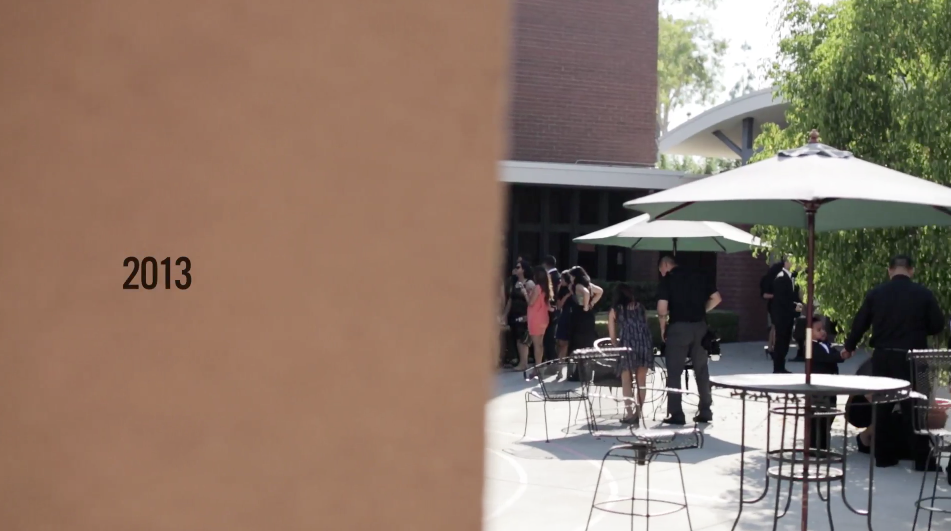 When Kristine and Josh came in for a consultation we knew we saw them from somewhere but couldn’t quite pin point it.  Come to find out, they were part of the concept film for another wonderful couple we filmed for, Tana and Raymond!  It was great seeing these two come through our doors and being super enthused about creating a concept film!  After much talks and brainstorming, they decided that they wanted to do a How I Met Your Mother parody and titling it How Josh Met Kristine!

When it came down to the day of the shoot, a good amount of Kristine & Josh’s friends came to lend a helping hand.  It doesn’t happen often but when it does, it is LEGEN – wait for it – DARY!  Everyone gave it their all and the whole day was filled with laughter!  Some of you might remember but Raymond has a very outgoing personality.  We couldn’t help but give him the role of “Barney” and, boy, he did not disappoint!

Where else do you see friends just throwing their bodies on the couch, drooling like babies, putting on wigs, and wearing a full on suit on a hot day just because your friend wants you to be in a concept film for their wedding?  Everybody hung in there and helped Kristine and Josh create a legendary concept film!

What else is there?  For all of the friends that couldn’t join them during the concept shoot, they invited all of them back for a little Harlem Shake action!  Everyone brought their Halloween costumes and was ready to rock it!  The rules were simple, there is no music but dance like there was!  Without missing a beat they all took positions and danced the night away!  It’s not everyday that you get to see a scary clown, Superman, Mario & Luigi, a full on unitard and a strong man costume all in one night that’s not Halloween!  Kristine & Josh has some awesome friends!!!

We played this concept film at their wedding and guests just couldn’t stop laughing!  We would definitely say Kristine & Josh pulled off an awesome concept film that all their guests will remember for years!

Kristine & Josh, thank you so much for allowing us to be a part of your fun and romantic wedding and concept film!

PLEASE CLICK ON IMAGE TO VIEW FILM.  FOR BEST VIEWING EXPERIENCE, PRESS PLAY AND THEN PAUSE AND ALLOW VIDEO TO LOAD COMPLETELY BEFORE PRESSING PLAY AGAIN TO ENJOY!